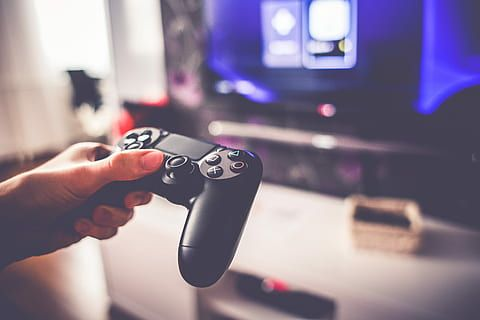 Getting paid to play video games – it’s every gamer’s dream job, but what if it was actually possible? Well the fact is that games all around the world get paid to play games every single day, and yet most people are totally unaware of the vital role they play in the game development industry.
Back in the 1980s computer and video games were developed by small teams on low budgets. Often one programmer would also do level design, graphics and testing. These days things have changed, and video games are big business, with big budgets and teams of developers. In fact, the worldwide video games market is now estimated at over $50 billion each year, and with individual games having multi-million dollar budgets the role of the game tester is now vital.

Games testers really do have a dream job – after all they get paid to play games! However, it’s not all fun and games, it’s a serious job and games companies only want gamers who are professional and have the skills required to deliver results.

Games testers usually begin working on a particular project once a game reaches around 50 – 70% completion. Up to that point the testing is usually carried out by the development team, but once levels start being created, and more complex features are added to a game it becomes essential for a team of testers to start playing the games over and over, finding bugs, and ensuring that the game plays properly.

While the idea of playing a video games over and over again for hours might sound like fun, in reality it can be a tiresome and frustrating job. Often the same level, or sequence of actions must be completed over and over again to test specific functions or previously fixed bugs. And all the while the tester needs to be logging their actions, carefully reporting bugs and anomalies that the development team can then fix or change.

Not everyone is suited to being a games tester. While many people are attracted to the idea of playing games and getting paid for the privilege, in reality it takes a certain type of person to excel in this career. Good games testers are methodical, skilled at gaming, and good communicators, being able to relay their findings to the development team. Since the majority of testing is done during “crunch mode” near the end of the development cycle, testers must also be happy to put in long hours and late night playing games over and over.

So if the long hours, repetitive tasks, and frustrations at having to try to find the same bugs over and over again don’t worry you, and you can log those bugs methodically and communicate them to the developers, then you might just make a good game tester. There are of course additional bonuses, other than just getting paid to play games. Game testers get to play games months before the general public, they can get access to consoles and platforms that aren’t get available, they get free games and hardware, and most importantly they get their “foot in the door” of the games industry, which can lead to design and development jobs in the future.

The best past about being a games tester is that it’s possible to do it from home, setting your own hours, and deciding how much or how little you want to earn. It’s not always easy to get that first testing job, and a lot replies on knowing the best ways to approach the games companies, and having the right contacts, but once you get your foot in the door you’ll be the envy of all your friends as you get paid to play games for a living!